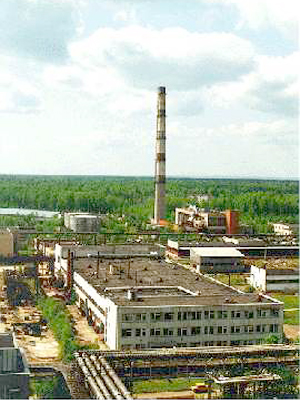 Advances in the field of molecular genetics opens avenues for evolving agriculture, medicine and some branches of industry.

Resolution of the Central Committee of the Communist Party and the Board of Ministers of the USSR of April 19, 1974 on «Measures for stimulating the development of molecular biology and genetics and using their advances in national economy».

There is a task to achieve as soon as possible a progressive level of the development of molecular biology, molecular genetics, as well as o f some other fields of natural sciences directly associated with studying physicochemical principles of vitally important phenomena. The Academy of Sciences of the USSR, State Science and Technology Committee under the Board of Ministers and State Planning Committee were charged with providing the required pace of development of sciences, as well as of their implementation in agriculture.
To provide a required material and technology basis for developing research in the field of molecular biology and molecular genetics, the resolution implied the establishment of novel and extension of available research and educational institutions, as well as the constructing of experimental bases.

In compliance with the resolution the All-Union Scientific Research Institute of Applied Microbiology was founded in 1974.

The Government of the Russian Federation
Order of September 26, 2005 N1514-p
Moscow 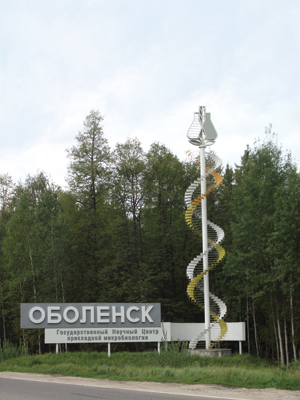 1. Set up Federal State Scientific Institution «State Research Center for Applied Microbiology & Biotechnology» (hereafter - institution) and structure it into Rospotrebnadzor.
2. Identify that the subject and objective of the institution activity is carrying out basic and applied research and works in the field of epidemiology, bacteriology and biotechnology to provide sanitary and epidemiological welfare for the population, including pilot and industrial production of biotechnological products.
3. Set an upper limit of employees of the institution in the number of 739 units.
4. Rosimushchestvo along with Rospotrebnadzor will complete all juridical actions connected with establishing the institution before January 1, 2006.
5. In 2006 Ministry of Health and Welfare in conjunction with Rospotrebnadzor will allocate in the order accepted 148575,6 thousand rubles to maintain the institution at the expense of the federal budget envisaged for assuring the operation of institutions structured into Rospotrebnadzor.
6. Rosimushchestvo will fix on the basis of operative management the asset belonging to the federal property and eliminate it in the order approved from competitive mass of asset available under the management of the Federal State Unitary Enterprise “State Research Center for Applied Microbiology” of Rospotrebnadzor.

Chairman of the Government of the Russian Federation
Mr. M. Fradkov